Or “What Ian did on his holidays” - I had the good fortune to attend FOSS4G in Bucharest this year. I also had the fun of driving across Europe (and back again) but more of that later.

This post is partly to let people know what I found useful and interesting at the conference and partly (mostly) a reminder for my future self about useful talks. This year we also have all the talks available as videos already up for everyone to view. This is great because each year I promise myself I will go back and watch the video of talks I had hoped to see live but missed for some reason or other, but somehow by the time the videos are available I’ve forgotten or just never seem to get around to it.

First, the compulsory self promotion - I gave two talks at the conference. The first was about some work I did in my day job which used WPS to make life easier for web map users, you can see the video and slides online (or if you are coming to FOSS4GUK in Edinburgh later this month in person). The second talk was produced jointly with Andrea Aime and presented some of our thoughts on some misconceptions that are persisting in the open source user community. The secret life of open source developers video and slides are also available.

The conference was extremely well organised and I must thank the whole of the BLOC. For anyone who hasn’t been to FOSS4G recently this is a very big conference there were 1000+ participants from all over the world and there were 10+ parallel streams of talks over the 3 days of the conference. To be honest I would prefer to see fewer talks per day and probably more days, there always seemed to be two (or more) talks on that I wanted to see, but at least I can review the videos. There were some issues but nothing that was a showstopper, in future probably we shouldn’t put one set of tracks on the 21st floor of the hotel. Note to future organisers having a little ice cream cart is genius. Finally, I really think venues should pay FOSS4G to visit as a way of checking if their Wi-Fi really can support 1000 people most of whom have 2 or more devices that need to be on the internet (and downloading large datasets or code bases) during the opening plenary.

First there was a lot of discussion and interest in the new OGC APIs (they are all RESTful and JSONy), I’m not sure I really like them but I’m not really a web guy so I’m probably not the target audience.

I was sad to miss this talk as I suspect it fits well with what Andrea and I were saying in our talk:

And this is a miscellaneous collection of talks that mostly reflect my eclectic interests left over from various projects I worked on in academia.

As some of my twitter followers already know I did drive all the way to Bucharest (approximately 2600km) and back again. As a (former) geographer I really enjoy watching the landscape change, and spotting things like the line in the Main valley where it is more profitable to put up solar panels rather than grow grapes, or that in Hungary and Romania they wait until the sweet corn is completely dry and yellow before harvesting it unlike further north and west were it is harvested while the leaves are still green. Or where churches switch from steeples to onion domes. 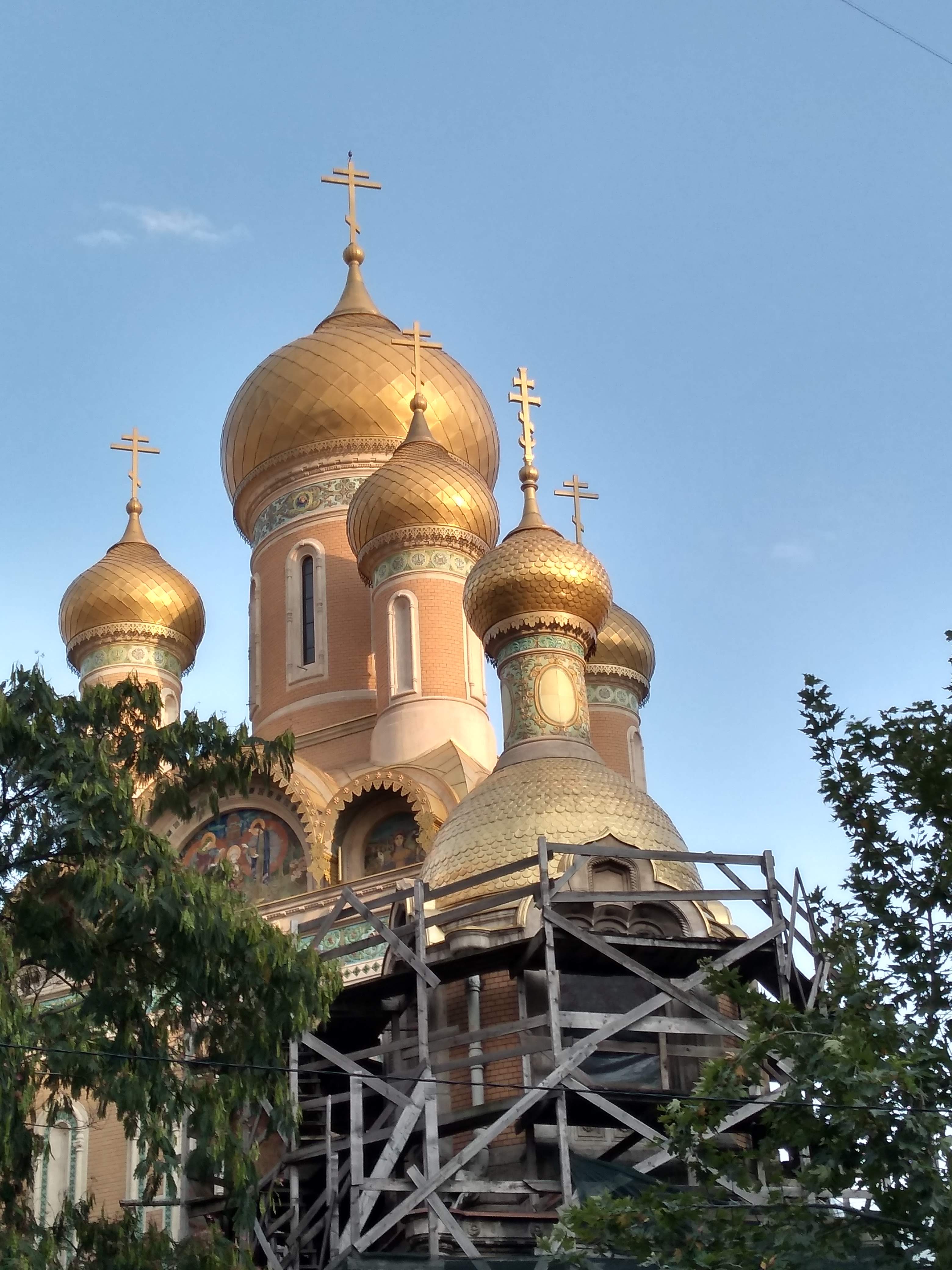 I also loved the way Romania was adding infrastructure to it’s motorways - it looks like the petrol station is a pair of standard 40’ containers.

So if this whets your appetite for FOSS4G fun then you need to start planning your trip to Calgary in 2020, I have!